Posts tagged “Where are you?”

I am an avid Facebooker.  Yup, I enjoy the chit-chat, keeping up with what folks are doing, ‘try’ to ignore the political jabs and high step over the “You HAVE to forward and post this to claim your blessing for the day.”  Nope, not going to happen.  However, there is good Bible study to be had at times.  This week, I have been participating in a conversation about the book of Genesis.  LOVE IT!  Social Media at its best.  Please feel free to ‘ease drop’.  Names were removed for privacy.
The statement was presented: “This week we will be discussing the entrance of sin into the world and how it affected mankind then and now.”

DeDe replied:  “Amazing how God knew and had a plan, how He asked Adam, “Where are you?” The question for Adam. He still knows and His plan is still implemented, He still asks us, so we too would ‘process”.

Person Replied: “Why did God ask Adam where he was? Did God lose Adam?”

DeDe replied:  “Gen 3 says “They hid from the LORD God among the trees of the garden.” Interesting that they hid where God put them. (How often do we too ‘hide among.’) No, God did not lose them, He knew. He knew also how they were aware they were naked, the questions were not to inform God, but to have them consider not their ‘position’ (He knew where they were in the garden) He asked to help them process their ‘condition.'”

Person Replied: “Your statement of, “to process their condition” seems to imply they might be ill or have some type of disease. Would it not be better to state that God wanted them to be accountable for their actions?”

DeDe replied:  Actually, yes, they were not only ‘ill’ but now dead. ‘Spiritually.’ Looking at Genesis 2:16-17 “And the LORD God commanded the man, “You are free to eat from any tree in the garden; but you must not eat from the tree of the knowledge of good and evil, for when you eat of it you will surely die.” In the original language, the ‘surely die’, literally is the same word, (mut) ‘die die’ Dying spiritually, you shall die physically (in essence). God created man(kind) for relationship, making man in His own image, breathing His own breath into mans lungs, this relationship was intended to be eternal. Disobedience caused instant spiritual death. (Gotta know the bad news to appreciate the ‘Good News’) Adam/Eve (sin) infected all humanity. (Thanks guys!!) One

Man (Jesus) was the cure for humanity. Col. 2:13 “When you were dead in your sins… God made you alive with Christ, He forgave us all our sins…” Spiritual genetic sin, did NOT affect Jesus, He was of a virgin birth, He was of the Holy Spirit, rather than humanity, Divine substitution to ATONE humanity. God had a plan. So they were not only ‘ill’, but dead, changing the condition (if you will) of the relationship. ‘Fellowship’ had been broken. Jesus restores that fellowship, taking it back to the original design of the Creator. Atonement.  In short, a repair done for the sake of a damaged relationship. Being reconciled to God through Jesus’s sacrificial death.

Person replied:  Because of that broken relationship, humanity has set themselves up for constant failure, always searching for something else to fill the void. However, Christ left ALL the opportunity to change course; repent, and call for HIS saving Grace.

Do WE need to invite such a conversation into our own life?  Would God ask us, “Where are you?”  Have we found ourselves ‘hiding among’ the stuff?  Do we too need to consider our condition of the relationship.  Does our ‘fellowship’ need some addressing. As the person said above, “Christ left ALL the opportunity to change course.”  (See 1 Jn 1:9)

February 9, 2016 | Categories: * Miscellanous Stuff | Tags: God asks, Jesus substitution for our sins, Where are you? | Leave a comment

Recently I revisited Genesis 3, where God came to meet with Adam in the garden. It says “… He was walking in the garden in the cool of the day…”  This said with such ease, as if it where a daily occurrence. Can you imagine God taking a stroll in YOUR backyard?

Yet today, this was no casual stroll. You see, Adam and Eve had just eaten from the only tree 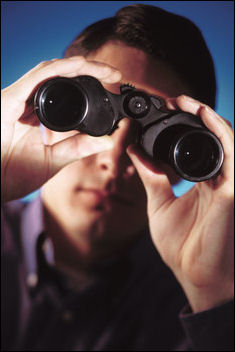 that God planted a sign in front of stating, ‘no eateth.’ Sure enough, our ancestors of all ancestors duth eat! Now they were hiding. Hiding from God.

“But the LORD God called to the man…” (verse 9) asking one of the most important questions ever stated in the Bible, in my estimation, “Where are you?” It does not describe the tone in which God said it, but I believe it was NOT a thunderous loud “WHERE ARE YOU!” (ok admit it, you hear Charleston Heston in your head don’t you.) God being all-knowing, He knew exactly where he was. The question was not intended to find the answer, it was intended for … Adam. “Where are you?” This spurred Adam to consider his location … he was hiding, placing intentional distance between he and his God. His situation… he disobeyed.

“But the LORD God called to the man, ‘Where are you?'” God was pursuing Adam, with tenderness, loving compassion. Sure He could have rigged the tree with a divine security system, that at the mere touch, heaven would zap Adam and Eve with enough force to turn them both back into dust. But He didn’t. He pursued them.

We know the rest of the story, banishment from paradise, consequences, sweat and pain. “But the LORD God called to the man…” God has ‘called’ throughout history. The Bible is the story of God’s pursuit of man. He pursues you, and pursues me. He has provided every avenue for us to

respond to His call. God loves us so much, that at times there is the need for Him to ask us AGAIN, “where are you?”

Often our relationship with God, is one as a child, we cozy up in His lap, but there are times we squirm out and run off and play. “Where are you?” Another question has settled in my heart, “What would it look like, really look like, in God’s pursuit of me, if I allowed Him to catch me, ALL of me?” O to be caught of God!

King David penned the beloved Psalm 23, in the latter verse he closes with, “Surely goodness and mercy will follow me all the days of my life.” This follow is not a mere meandering behind, it is a PURSUIT. God pursues us.

Found among other poetic venues of David, Psalm 139 “O Lord, You have searched me and You know me… You hem me in behind and before.” Saying also, “You are familiar with all my ways.” The Lord knows where we are, He would like US to know as well.

So where are we? Has God visited our backyard recently? Perhaps we are hiding. Do we hear Him calling? Can we stop and allow Him to catch us in the pursuit, and be caught of God, He then can enfold us in His love, goodness and mercy. The grace filled pursuit of God.