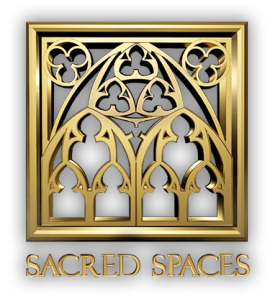 Where is it that you call on God? I mean those moments when all you need is …HIM! Your prayer closet, the pew at church? The comfy chair next to the wood stove? Or perhaps, for you a walk on the beach, while brushing your tennis shoes in the sand. Could it be a quiet spot on the back porch as you sip coffee, or maybe just maybe, where ever you reverently bow your head.

When God moves and speaks, what is our response? Do we mark those moments on the time line of our life? As I have been studying those great names of old … Abe, Isaac, Jacob and Moses, I found all had many things in common, but one in particular stood out to me … they built altars.

Genesis 12:7 “The Lord appeared to Abram and said, “To your offspring I will give this land.” So he built an altar there to the Lord, who had appeared to him.”

Genesis 26:24-25 “That night the Lord appeared to him and said, “I am the God of your father Abraham. Do not be afraid, for I am with you; I will bless you and will increase the number of your descendants for the sake of my servant Abraham.” 25 Isaac built an altar there and called on the name of the Lord. There he pitched his tent, and there his servants dug a well.”

Genesis 35:10-15 “God said to him, “Your name is Jacob, but you will no longer be called Jacob; your name will be Israel.” So he named him Israel. 11 And God said to him, “I am God Almighty; be fruitful and increase in number. A nation and a community of nations will come from you, and kings will come from your body. 12 The land I gave to Abraham and Isaac I also give to you, and I will give this land to your descendants after you.” 13 Then God went up from him at the place where he had talked with him. 14 Jacob set up a stone pillar at the place where God had talked with him, and he poured out a drink offering on it; he also poured oil on it. 15 Jacob called the place where God had talked with him Bethel.

This one,  one of my favorites … (a bit wordy, but worth the read)

Exodus 17:10-16 “So Joshua fought the Amalekites as Moses had ordered, and Moses, Aaron and Hur went to the top of the hill. 11 As long as Moses held up his hands, the Israelites were winning, but whenever he lowered his hands, the Amalekites were winning. 12 When Moses’ hands grew tired, they took a stone and put it under him and he sat on it. Aaron and Hur held his hands up–one on one side, one on the other–so that his hands remained steady till sunset. 13 So Joshua overcame the Amalekite army with

the sword. 14 Then the Lord said to Moses, “Write this on a scroll as something to be remembered and make sure that Joshua hears it, because I will completely blot out the memory of Amalek from under heaven.” 15 Moses built an altar and called it The Lord is my Banner. 16 He said, “For hands were lifted up to the throne of the Lord. The Lord will be at war against the Amalekites from generation to generation.”

An altar is a landmark of God’s presence. It declares a sacred space. Sacred, because the God of the universe showed up. Oh, we may no longer need to gather various rocks and pile them in our back yard, but we can make a spiritual marker. I made a very clear altar of the heart a couple of years ago. If I could literally see the altar it would be down in a cattle field, at the rivers edge, under a large old tree. It was there I cried out to the Lord, wanting … NEEDING His presence, and He never disappoints.

Like the Patriarchs of old, may we too … be altar builders. Recognizing and declaring THIS is where God met with me. Here is where I will remember. I will remember …HIM.  If we could see as God sees, I am confident we would see sacred spaces scattered across our past journeys. “Thank You Lord for being there, hearing us, being with us, You are faithful!”  Sacred spaces.

This entry was posted on January 24, 2014 by Inspired Fountain. It was filed under * Miscellanous Stuff and was tagged with altar building, build an altar, Moses build an altar, Sacred spaces.