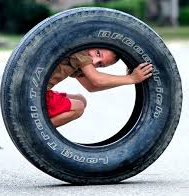 “Delight yourself in the LORD and He will give you the desires of your heart. COMMIT your way to the LORD; trust in Him and He will act.” – Psalm 37:4-5 (emphasis mine)

‘Commit’ is a very (did I say ‘very’) active word picture. In the Hebrew, it means to roll away or roll into a heap. Yet it’s meaning can breathe, “To roll away from oneself and upon someone else.”  Let’s stop and think about this for a brief moment.  This rolling is an act of … trust. It is allowing yourself to be engulfed into something else. (Let’s read that again and consider our recent ‘engulfment‘)

King David wrote: “Everyone who sees me mocks me. They sneer and shake their heads, saying,  “Is this the one who relies on the LORD? Then let the LORD save him! If the LORD loves him so much, let the LORD rescue him!” – Psalm 22:7-8   “Relies” is the same word.  They knew David ‘rolled himself up in God.’  It was evident.

David committed.  He goes on to pen, “I will declare Your name to my brothers; in the congregation I will praise You… All the ends of the earth will remember and turn to the LORD  … and will bow down before Him.”  (vss 22, 27)

The best picture to describe this would be like a snowball, as it rolls in the snow, it takes on more and more and MORE snow, until what it was as it started is no

longer distinguishable, it takes on new form. It becomes what it was rolled in. Committed.

The author of Proverbs addresses this: “All the ways of a man are pure in his own eyes, but the Lord weighs the thoughts and intents of the heart. (AMP) Commit your actions to the LORD, and your plans will succeed.” (NLT, Proverbs 16:2,3)  Roll it all up in God!

Let us keep in mind, WHATever, WHOever we commit ourselves to, we become rolled up as one.

This entry was posted on May 2, 2017 by Inspired Fountain. It was filed under * Miscellanous Stuff and was tagged with Commit your way to the Lord.