Luke chapter 2, the familiar recounting of the Christmas story, like that of a well-rehearsed children’s play, all the characters are in place, the declaring angels hit their queue perfectly, “Glory to God in the highest, and on earth peace, goodwill toward men.” LOVE IT!  There is one small phrase prior in the narrative I’d like to recognize, “And there were shepherds living out in the fields nearby, keeping watch over their flocks at night.” (v. 8)   Scholars

believe, due to the proximity to Jerusalem THESE lambs were the temple lambs. Potentially, THESE shepherds were caring for lambs destined for sacrifice! The religious custom (requirement) of the day was to raise or purchase a lamb, take it to the priests and have it offered as a substitutionary sacrifice for atoning forgiveness of their sins.

Interesting, the shepherds were the first to hear the glorious news, not chief priests or princes or even the learned men of Jerusalem, no dignitaries were found in the bunch. They not only were the first to hear the birth announcement, but also the first to see the child.  Would it be a far reach to state that these shepherds knew the divine importance of keeping watch over their flocks? After all, news of the Messiahs coming would not be “good news of a great joy” (v. 10) unless they were seeking Him and waiting for Him.  Could it be that God sent the angel to the people that would get it?  “I bring you good news of great joy that will be for all the people. Today in the town of David a Savior has been born to you; He is Christ the Lord.” declares the angel.  (vs 10,11) Good news indeed!

Remember the conversation Abraham had with Isaac as they climbed the mountain? Abraham’s response was so very prophetic, “The fire and wood are here,” Isaac said, “But where is the lamb…“ Abraham answered, “God Himself will provide the lamb…” (Genesis 22:7-8)

Fast forward, this recorded of John the Baptist, “The next day John saw Jesus coming toward him, and said, “Behold! The Lamb of God who takes away the sin of the world!” (John 1:29) About 3 years following John’s statement of Jesus, it is Passover, Jesus, found innocently hanging on the cross. Onlookers watch as His blood drips from His beaten, nail-pierced body.  Johns words echoing, “Behold! The Lamb of God!”

Later, as we follow the story of God, the angels again declare, yet this time, (Let’s all stand…) “Worthy is the Lamb who was slain to receive power and riches and wisdom, and strength and honor and glory and blessing … be to Him who sits on the throne, And to the Lamb, forever and ever!” (Revelation 5:11-13)

This Christmas as we consider the Nativity scene, may we attempt to grasp the full message of the birth of Jesus. In the stable, the King,  the lil lamb, not eating from the manger, but IN the manger, our substitutionary sacrifice for atoning forgiveness of OUR sins. However, we did not purchase Him, He purchased us! (Head bowed) Nowhere in scripture are 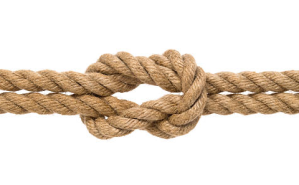 we told, suggested or asked to remember Jesus’ birth.  We are told to remember His death. (The Last Supper: “This is My body given for you; do this in remembrance of Me.”- Luke 22:19) His birth is tied to His death. Christmas leads to Easter. (Hands raised!)

Where is the lamb?  Behold the Lamb.  Worthy is the Lamb.

“And there were shepherds living out in the fields nearby, keeping watch over their flocks at night.”

This entry was posted on December 15, 2017 by Inspired Fountain. It was filed under * Miscellanous Stuff and was tagged with Christmas Devotional, Luke 2, The Christmas shepherds.