Because You Say So 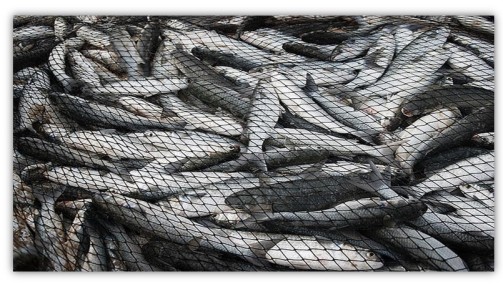 One day (Luke 5) Jesus was out in Peters’ boat teaching to the folks on the shore (no fog machines, no colorful backlighting, but great acoustics on the water). After Jesus finished teaching the crowd, He told Peter to put his nets out in the deeper water and there you will catch fish. Peter and crew had fished all night with no catch to show for it. Being professional fishermen, they knew the skill of the waters, the timing, and the fish patterns. Peter could have assumed he knew better than Jesus (not to mention, but I will… it being HIS boat and his men watching) he could have offered a lengthy debate and completely refused to obey. YET he responds with some of the most profound words in scripture, “Master … because You say so…” (v5). They did as Jesus said, the catch was SO full, they had to ask fellow fishermen in another boat to help, ‘soon both boats were filled with fish’ (v7). Peter teaches us, although we may not understand what/why Jesus tells us to do something, our obedience brings HUGE blessing and that blessing spills all over others as well (you may have to take a shower) but blessings all the more.

Peter, what a guy. You can’t but love him. He was the one who went on to ask Jesus, “So, how many times am I to forgive someone? What, say … 7 times?” Way to think BIG Pete! Jesus tells him, “No, seventy times seven” (Matthew 18). In the upper room, humbly Jesus begins to wash the disciple’s feet, Peter was the one (the ONLY one) who insisted Jesus not wash his feet, (and well, then requests the whole bath package, John 13). And Peter’s also the one wielding a sword and cuts off the guys ear in the Garden attempting to protest and protect Jesus (ever wonder what he might have been aiming for?) Interesting also, Luke, the physician is the only one of the four Gospel writers who offer the follow up, that Jesus healed the man’s ear (Luke 22). No one speaks in the gospels as often as Peter and Jesus spoke more to Peter than anyone else.

Does THAT resonate with you? It does me! I too would’ve been the one with all the mistakes, all the outbursts, act before thinking, Jesus needed to heal others of my messes and yes even the outrageous denying. Yet, in Peters’ doing and Jesus’ divine responses – what lessons, what grace, what love!

Peter messed up (a bunch) but he was the “Master… because You say so” guy.

What a challenge – may we be also.

This entry was posted on September 22, 2019 by Inspired Fountain. It was filed under * Miscellanous Stuff .